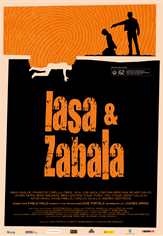 October 1983. Young Basque refugees Joxean Lasa and Joxi Zabala disappear in Bayonne without trace. It will be another twelve years until their bodies, murdered and buried in quicklime, are identified and a long, tortuous investigation opened in which Iñigo, lawyer for the families, and his assistan