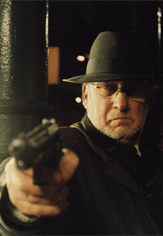 Broken red tells the story of Simon, a retired teacher of Dutch language and part of an underground resistance group during the Second World War. When two young adults kill a member of the group in 2004, the remaining members of the resistance meet at the funeral. Past and present collide.