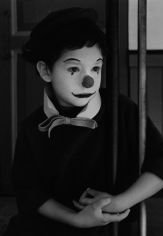 The films of Pierre Étaix have been invisible for nearly 20 years. They have therefore remained unseen by a whole new generation of film lovers. In April 2010, after years of waiting and juridical problems, Pierre Étaix and Jean-Claude Carrière fully recovered the rights of their films.