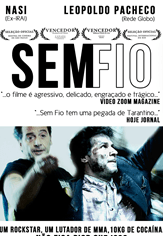 Portrait of a generation, drama of young people who grew up stray and lost in the chaos of the 90s ,era of AIDS, cocaine, media explosion, globalization and electronic music, MTV generation. Young people living on their phones, but unable to maintain a real human relationship.No connection.Wireless