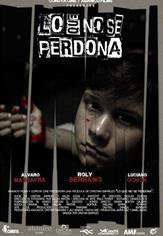 WHAT IS NOT FORGIVEN

Leandro, a teenager from middle class, problematic and retracted, experience the way of transgression and crime. Have the certainty that his friend Chachota involved him in a series of robberies that relate him to "The fat" Ovalle, a dark offender.