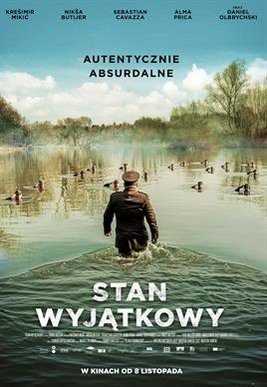 A suicidal general, a minister in the Croatian government who voluntarily locks himself inside a prison cell, and senior citizens (Croats, Serbs and Bosniacs), who steal the coffins with the remains of the late Croatian and Serbian presidents, are the protagonists of this political satire. What