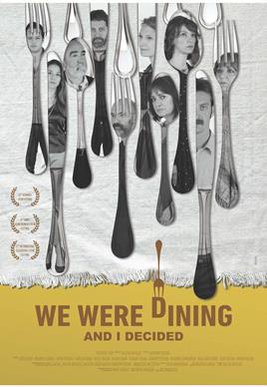 WE WERE DINING AND I DECIDED

Some relations in families can easily cause to blow up a tempest. Even the weakest wind can trigger a stormy atmosphere in families. There are always unopened discussions, secrets no one would reveal to each other and some topics always kept in the dark. They whisper but await on the sly as a messenger of a big storm.
There are countless of these messengers for Riza Gülsoy and his family. However, Riza, the Emperor, still believe in fortress of his family dynasty even its secret full ground. During The Feast of the Sacrifice, all family, sons, daughters, granddaughters, relatives gather at the country house of Riza Gülsoy.
At first, we focus on each character’s lives and witnessing all of them try to take a part and prove their existence in this family in spite of their disappointments, offenses, anger and love towards each other.
They celebrate the holiday while they share the good memories, dine, drink, sing, and dance. Horror starts when one of the granddaughters of Riza the emperor, suddenly disappears. This would ruin the festive spirit. Every single character`s been haunted by the thought of her being kidnapped.
The relief comes on the surface when the granddaughter was found but some secrets are already revealed. There is no turning back. The festive feast starts with joy but is it turning into a real tempest?