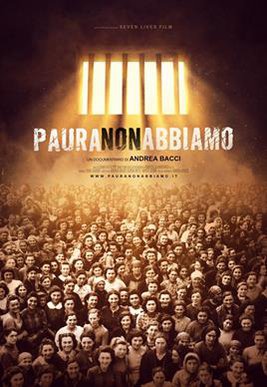 WE HAVE NO FEAR

8 March 1955. Anna and Angela were arrested in Bologna while they were handing out mimosa flowers, the symbol of left wing female emancipation in post-war Italy.
In the height of the Cold War, even a harmless flower like the mimosa was considered a subversive symbol.