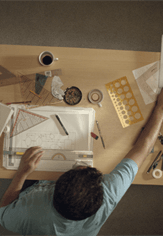 War of Lies is the story of an Iraqi refugee, whose information about portable weapons of mass destruction passed through the hands of the BND, MI6 and CIA. This information was ultimately used by the US government to legitimize the invasion of Iraq in 2003. Today we know the war was based on a lie.

IDFA 2014
Login to view all information