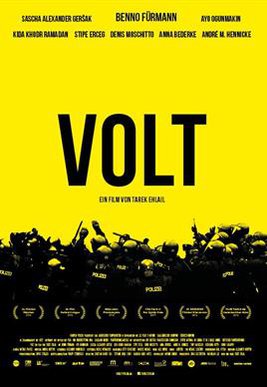 This dystopian vision of the near future is about police officer Volt who kills the refugee Hesham during an operation. Volt’s feeling of guilt drives him into his victim’s world. The pressure is rising, both from inside and out, and Volt realizes that his deed is unforgivable.