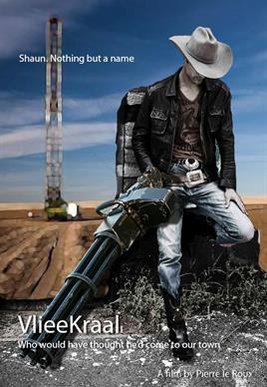 In the year 2064, after a dreaded civil war, Vlieëkraal, a
small town in the Karoo faces desiccation at the hands of an
illegal ’fracking’ mining company, but, one man - a dark
stranger with an unknown past - arrives and changes the town
destiny in a bloody battle for the preservation of a way of life.