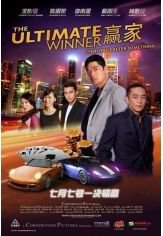 Shin Tian Cai since young was very much influenced by his gambling addicted father. He was known among his peers to be the junior gambling king. When he was 8 years old, his father died in a fire leaving behind Tian Cai to fend for himself.