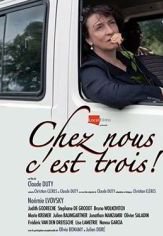 Jeanne, a forty year old film director, faces a hard lack of inspiration. Convinced by her sister, she pulls herself together and accepts a tour in her native land to promote her second film.
During this week-long sociocultural trip, she meets passionate movie fans, cultured hikers, a militant dire