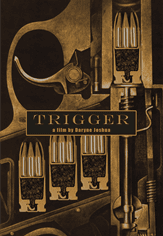 A newly promoted homicide detective loses his service pistol amidst an internal weapons racket. Desperate to keep his promotion, he decides not to report it and launches an investigation of his own.Things get complicated when the lost pistol turns up as the murder weapon in his first homicide case.