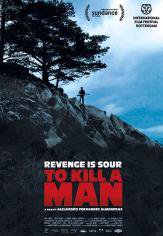 TO KILL A MAN

When Jorge, a hardworking family man who's barely making ends meet, gets mugged by Kalule, a neighborhood delinquent, Jorge's son decides to confront the attacker, only to get himself shot. Even though Jorge's son nearly dies, Kalule's sentence is minimal, heightening the friction.