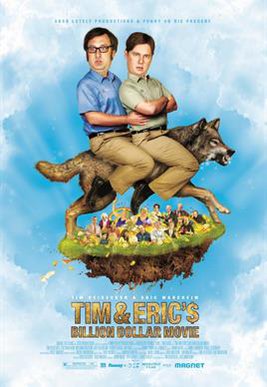 A feature film from the twisted minds of cult comedy heroes Tim & Eric ("Tim and Eric Awesome Show, Great Job!") Two guys are given a billion dollars to make a movie, but squander every dime. With their lives now at stake, they happen upon a chance to rehabilitate a mall for a billion dollars.