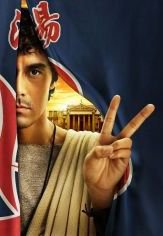 It set the world on fire.
The greatest “bath” movie ever made.
The miraculous cast reunited!!
Can Lucius and the Japanese bath culture save the Roman Empire from splitting in two?!
The stage is set for the most spectacular bath comedy extravaganza the world has ever seen!
A BATH LIFE IS BEAUT