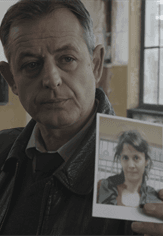 THE WOMAN OF MY LIFE

6 year old Azad (Kurd from Iraq) is engaged to his cousin Vian but war separates them. 13 years later he accidentally meets her on his way to Europe and falls in love with her without recognizing she is actually his fiancée. Vian, however, is involved in a deadly political game and cannot reveal herself to him. Azad tries to save her at any cost - even if they remain separated forever. Will love once again prove to be stronger than terrorism?