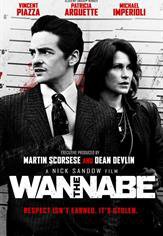 Set in New York City during the early 1990s, THE WANNABE follows a man obsessed with mob culture who attempts to fix the trial of John Gotti. But as the plot begins to unravel and he is rejected by the ones he idolizes most, he sets off on a ride worthy of mob lore.