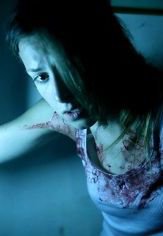 The plot is based on a true story that happened in the late 40’s in a small village in Uruguay. Filmed in one single continuous shot of seventy eight minutes, “La Casa Muda”
ocuses on Laura, who, second by second, intends to leave a house which hides an obscure secret, unharmed.