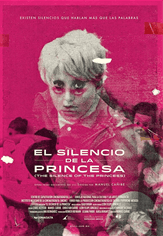 THE SILENCE OF THE PRINCESS

Diana Mariscal reached a moment of fame in the distant decade of the sixties, when at just 18 years of age she was the lead actress of the movie Fando and Lis by Alejandro Jodorowsky. The moment seemed to trigger a promising career, but her public image faded little by little until disappearing. Forty years later the traces of her existence have not been entirely erased.