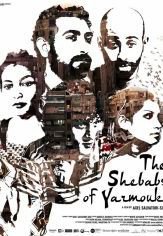 In Yarmouk (Syria), the Shebabs, a small group of boys & girls, have been friends since they were teens. Now on the eve of adulthood, they have a genuine thirst for life, while being all confronted to intricate situations; even more so when you’re a Palestinian refugee in the camp of Yarmouk, Syria.