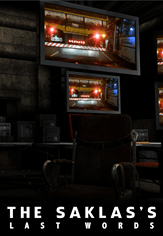 A talented man dies without performing his greatest desire: to become a filmmaker. 80 years later, the espirit manifests itself in a poor resident in a slum in Brazil, enabling him to produce a film. Alone on a computer, using computer graphics techniques.