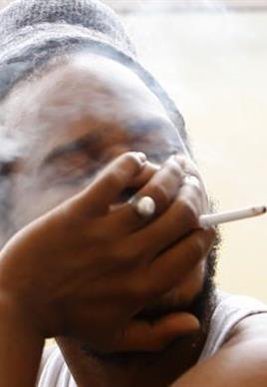 THE REVOLUTION WON'T BE TELEVISED

When President Abdoulaye Wade wanted to run for office yet again in 2011, a resistance movement formed on the streets. Shortly afterwards, a group of school friends, including rappers Thiat and Kilifeu, set up "Y'en a marre" ("We Are Fed Up"), galvanized the youth to rise up.