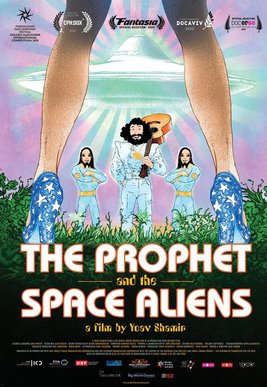 THE PROPHET AND THE SPACE ALIENS

“The Prophet and The Space Aliens" follows Rael, who after an alleged encounter with extraterrestrials - that appointed him the "last prophet" - became the founder and leader of the world’s biggest UFO religion.