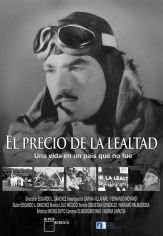 THE PRICE OF LOYALTY

Medici is a military pilot that in 1951 is in charge of the School of Aviation's defense during an attempt of coup. President Peron gives him a medal 2 years later in presence of thousands of people.The happiest day of his life will be the begining of a hell that lasts 20 years.