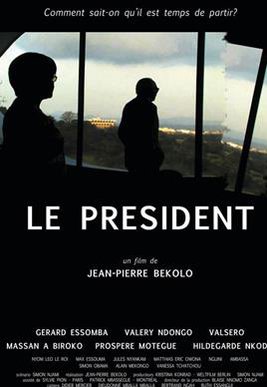 The President is an allegory about the men who run Africa. We know they all like to see themselves as wild beasts – panther, crocodile, lion – if not as gods of Africa. The President tries to clear a place for film in the arena of African politics, where truth is sometimes stranger than fiction