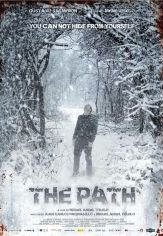 THE PATH is a psychological thriller directed by big screen first-timer Miguel Angel Toledo, who co-wrote the script with Juan Carlos Fresnadillo.
The film, shot entirely in the snow, exudes an air of tension that will take the spectator to the limit.