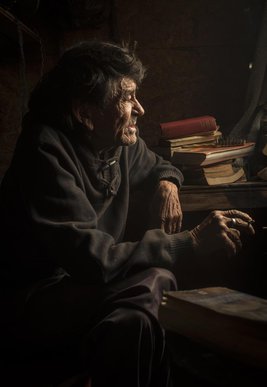 This is a documentary film that tells the story of the relationship between a man and his other imaginary self. The film tells the story trying to situate the audience inside the mind of the protagonist. Thus, through the film there's two characters instead of one.