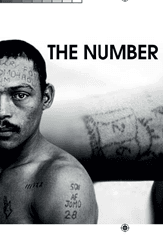 Occupying a drug-fueled real and fantasy world of heroic gang mythology and rituals, a leader of one of South Africa's notorious Numbers prison gangs is shaken to discover his high-school son has started down the same gangster path. As narratives of his past collide with the horrors he imagines for his son, he makes an unlikely reach for worthiness as a father -in a world that rewards redemption worth death.