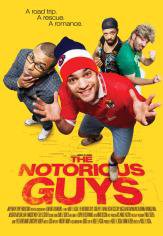 The debut feature film by ADOLF EL ASSAL. The story is the prequel to his award-winning short film THE NOTORIOUS ROAD... where his characters are developed further. It's a light, over-the-top, universal and original comedy that mixes issues such as identity, immigration, integration and travel.