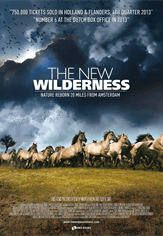 This award winning wildlife feature documentary portrays the four seasons and the cycles of life and death as they occur in the "Oostvaardersplassen" natural reserve, situated just 20 miles from Amsterdam. Shot in 4K Cinemascope it sold over 750.000 tickets at the Dutch box office in 2013.