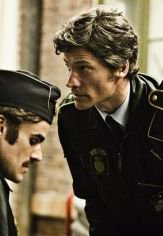 THE LEFT WING GANG is a crime story about a notorious gang of criminals and the policeman who went for broke to catch them.
The gang were radical left-wing activists. In 1989, seven of them were charged of being behind a series of the most professional robberies in the history of Denmark.