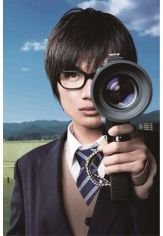 Directed by Daihachi Yoshida, whose "Show Some Love, You Losers!" was officially selected for the Critics' Week at the 60th Cannes Film Festival, “The Kirishima Thing” is the perfect showcase of his unique portrayal of the dark side of people who end up being sympathetic.