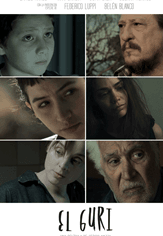 El Gurí tells the story of Gonzalo, a 10-year-old boy whose mother is about to die and is left alone to take care of his 8-month-old sister. An ensemble film which doesn’t limit itself to portraying the individuality of its characters, but rather focuses on the bond between them.