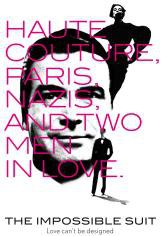 Amidst the social unrest of May 1968, the legendary rivalry between Coco Chanel and Spanish fashion designer Cristóbal Balenciaga comes to a tragic ending as he relives the epic love story that allowed him to bring down Hitler’s plans to dismantle the French fashIon industry.