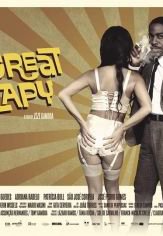 Angola, 1970’s, Joãozinho is the first mulatto to live in luxury, buying expensive cars and dating beautiful white girls; shocking the Portuguese mentality under the dictatorial colonial regime. He wanted to have a good life, but without knowing himself became a subversive political issue.