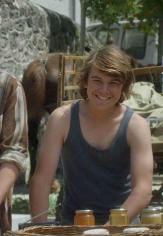 Sylvain and Pierre have been running from the law ever since a custody battle with their mother pushed their father Yves into hiding ten years ago. But now that they’re older, the two brothers are road-weary and eager to take advantage of the perks of young adulthood.