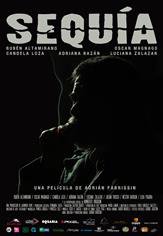 ONE EYED FILMS - as SALES

A vile selfish farmer is forced to evacuate his ranch. The causes of his misfortune are: the drought, the social situation in the country, the conflicts with his step-sister and mainly his alcoholism.
As a final solution, agrees to submmit his own daugthers to prostitution.