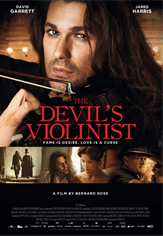 Set in the early 19th Century, the film recounts the life of Niccolo Paganini who was one of the greatest musicians of his time, and in keeping with that spirit international violinist sensation David Garrett will make his acting debut as Paganini.