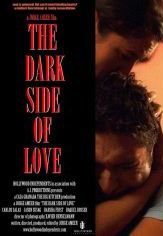 THE DARK SIDE OF LOVE

Two brothers on different life paths reunite to mourn the death of their mother. Julian, who's been his mother's caretaker for years, must now confront his brother Michael who's been a drug addict and has now reached rock bottom. Both brothers will be tested as they deal with each others prejudice