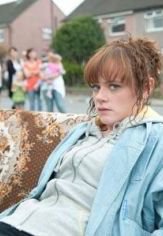 A poor street in Bradford, England known as The Arbor left an indelible impression on playwright Andrea Dunbar. She grew up there, named her first play after it, and based all of her subsequent work there. The film revisits The Arbor, mixing scenes from the play with interviews with her daughter.