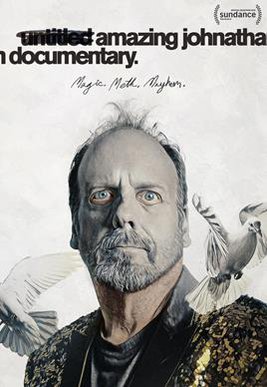 After illusionist ‘The Amazing Johnathan’ is diagnosed with a terminal heart condition and given one year to live, he’s forced to retire his act. Cut to three years later: Johnathan is not dead – much to everyone’s amazement – and documentarian Ben Berman films him on an epic comeback tour.