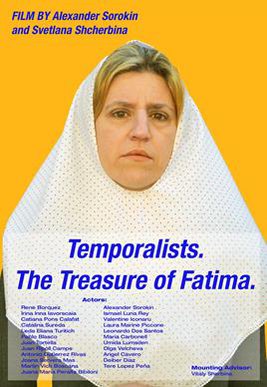 TEMPORALISTS. THE TREASURE OF FATIMA

Valldemossa. Majorca. Temporalists is a team of historical artifact hunters, who travels in time. The current target is The Treasure of Fatima, she was the last Moorish princess of Mallorca.The paths of the Temporalists team intersect with the well-known historical figures: Empress Sissi, Archduke Luis Salvador of Austria, Catherine Homar, George Sande, Rubén Darío In order to achieve the goal, the team of Temporalists asks Catalina Sureda for help, she is a Mallorcan sculptress who lives in 2017 and who is the granddaughter of the family related to the treasure of Fatima in 1913 and 1893. Temporalists with Catalina Sureda travel in time and rescue the treasure.But there is someone else behind that treasure and is the former team member Juana, who left the team for personal reasons.