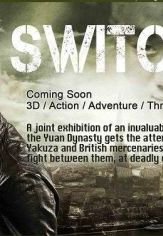 DWELLING IN THE FUCHUN MOUNTAINS

When one of China’s most famous landscape paintings, which was split in two some 300 years ago and have been on display in China and Taiwan respectively, is about to be publicly exhibited in its combined entirety, thieves and gangsters scramble to steal it against all odds.