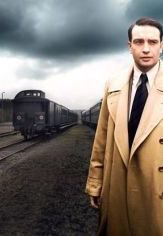 1942. In an attempt to keep a group of children from being sent to the death camps, the Jew Walter Süskind befriends SS man Aus der Fünten. When the latter finds out that Walter has been deceiving him and his affection was faked, the Nazi takes revenge on the Jew.