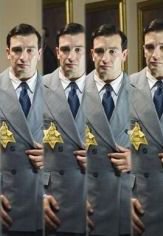 SÜSKIND tells the true story of Jewish resistance hero Walter Süskind who worked for the Jewish Council in Amsterdam during the Second World War. By playing a cat-and-mouse game with SS Hauptsturmführer Aus der Fünten he managed to save almost a thousand Jewish children from deportation.