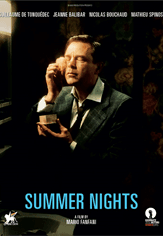 Michel and Hélène Aubertin form a perfect couple. But Michel hides a secret... Every weekend, he goes to Les Épicéas, his house in the forest, to become Mylène beneath the gaze of Flavia, an experienced transvestite and his former comrade in arms during the phony war.