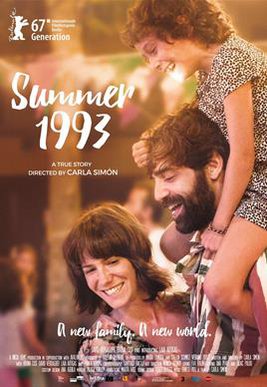 Spain, summer 1993. Following the death of her parents, six years old Frida faces the first summer with her new adoptive family in the Catalan province. Before the season is over, the girl has to learn to cope with her emotions and her parents have to learn to love her as their own daughter.