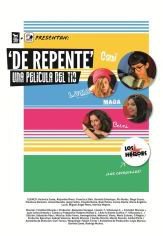 Cami(22) asks her 40-something uncle Oliver to follow her and her three best friends to a party so he can film everything with his camcorder.
The main reason behind this is that college rock band ‘The Heroes’ will play that nigth and, most importantly, the band's lead singer Fernando will be there.